I have a friend who has the habit of taking things apart to see how they work. Anything from a radio to a vending machine. To me this is the ultimate approach to art.

Find something that works – a film, a novel, a painting – analyze it, break it down, take it apart and figure out why. This is how Raymond Chandler started writing short pulp fiction stories. He took a story from Black Mask, dissected it and identified the various element and then created a new story by replacing each piece with his own.

You can become a great artist by copying what you love about another artist. This will teach you a lot. Then after a while, you can bring in other influences and start adding your own voice, thereby creating something new. If you look at my early drawings, you’ll definitely see a Mike Mignola phase, a Frank Miller phase and a Sean Phillips phase (which you could argue is not over yet).

My first 48-page comic that was published in Denmark in 1999, was the result of sitting next to Peter Snejbjerg. Peter was a master of the quill (the kind of metal-tipped pen you dip in ink) and all the “real” comics artist all used it. So of course this young whipper-snapper had to try and copy the technique, with pretty disastrous results. I learned a lot of lessons by sticking it through for 48 pages – the most important being I shouldn’t be using a quill. I learned later, that I could use a soft-tipped marker to almost the same effect and that my hand liked working with that way better. Nowadays I listen more to my hand than I listen to my brain.

As an artist it’s important to stretch your muscles, draw the things you have a hard time drawing rather than sticking to the things you nail every time. Again, it’s a great strategy to just copy. Drawing from life or recreating works from other artists is a crucial way to get better at the craft.

This book was over ten years in the making, a perhaps overly ambitious project designed to kick down the door to the US market.

I wanted the book to be look like a music video and be as stock full of gratuitous violence as an early John Woo action movie. I wanted to create a book that my 13-year old self would find it impossible not to pick up. I had a dogma that no matter where you opened the book, there should be someone getting shot, something blowing up or someone taking their clothes off.

For years I tried the traditional route of mailing test pages (this was almost before the internet!) to US publishers, getting rejection slips or no reply at all for years. I tried publishers in France and the UK as well, getting close to a deal a couple of times but never anything set in stone. The industry seemed far away and interests were slim. I knew it would take years (with no incoming salary) to finish the book and was almost ready to give up. It just seemed like it would never happen. Then one night out drinking with a bunch of comics guys in Copenhagen, I got to chatting with small press editor Paw Mathiassen of Fahrenheit. He asked what I was working on and I told him the woeful story of The Devil’s Concubine. I’m sure this dead-end project of mine was a joke among my peers at this point but apparently Paw hadn’t heard it. “Send it to me,” he said and as it turned out that slight interest from an editor was enough to kick me back into work mode.

I translated the script to Danish (it was originally written in English) and rough sketched the entire book in a few months, so I at least would have something readable to present. Paw agreed to publish the book and although it was a back end deal that never made me any money as far as I recall, I could now see the finish line and was able to drag myself out of the ditch and finish the race. I worked on the book any chance I got for the next year or so and The Devil’s Concubine was finally published in Denmark in 2009 – more than a decade after I came up with the initial premise and main characters.

With the book finished, I was now able to present to US publishers with a little more confidence. Time and technology had worked in my favor because now most publishers could be reached via email and I was able to send a full PDF with links to a cool trailer a friend of mine had made in after effects and both a Danish and and English version of a website (created by another friend, still available at devilsconcubine.com). IDW showed interest and we reached an agreement after about a year of going back and forth. The book finally came out in the US in 2011.

Ambition is great, finishing something is better. It’s also a whole lot easier to sell a finished project than an idea. If you want to create something, do it for your own sake in your style rather than trying to cater to any market. 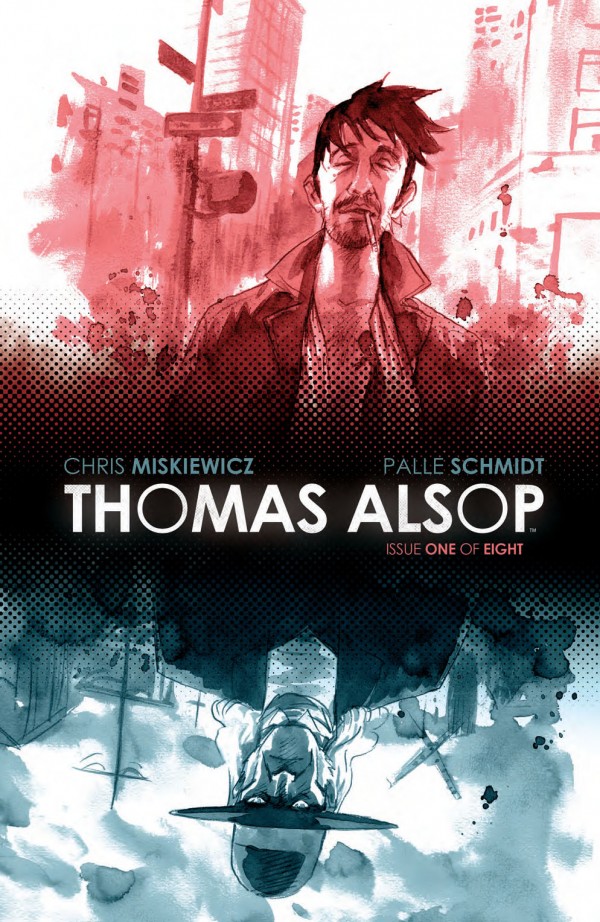 From Writer/artist Palle Schmidt: “The 3 biggest mistakes I made in my comics career”. The first Comics For Beginners Podcast!