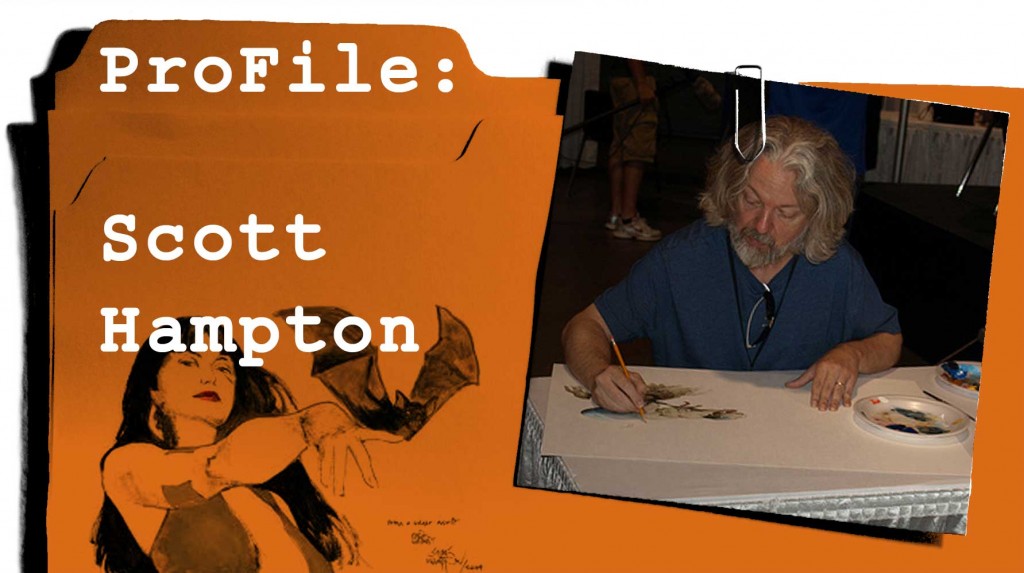 Scott Hampton (born April 10, 1959) is an American comic book artist well known for his painted artwork. He is the brother of fellow-comics-creator Bo Hampton. Working as a freelance comic book artist, Hampton has illustrated such iconic properties as Batman, Sandman, Black Widow, Hellraiser, and Star Trek in addition to work on his creator-owned projects such as The Upturned Stone. His works include Spookhouse, released in 2004 by IDW Publishing, in which he adapted his favorite ghost stories into sequential form, Batman: Gotham County Line and the creator-owned series Simon Dark with writer Steve Niles for DC Comics.

My older brother, Bo, introduced me to comics and it was love at first sight.

Pacing. Telling a story smoothly I find quite challenging.

Learn the craft of writing as well as drawing. Tell your stories. Don’t give up.