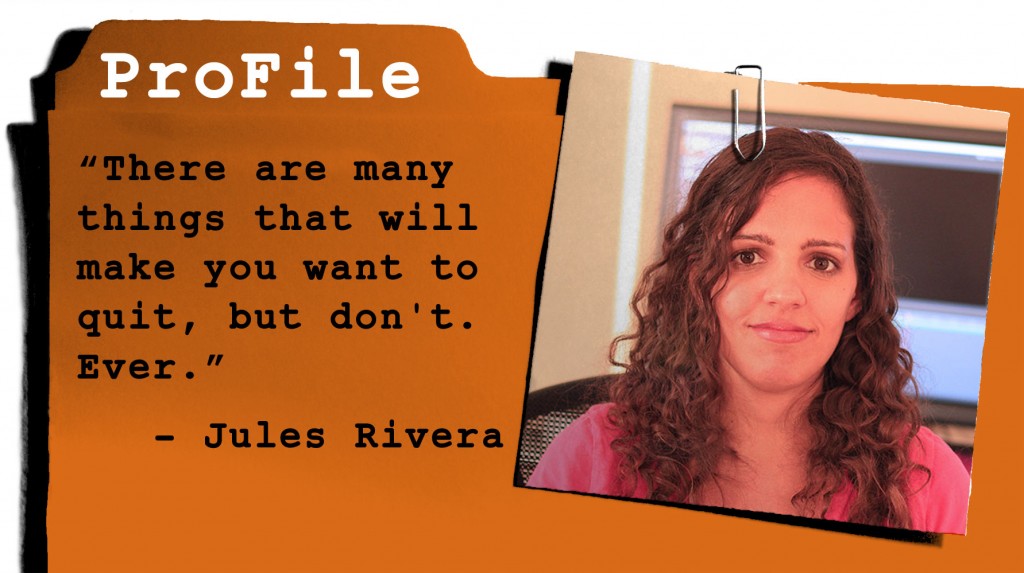 Jules Rivera is a Los Angeles-based sequential illustrator and animator.  She has worked in small press publishing and TV animation, and has self-published several graphic novels including Misfortune High and webcomic Valkyrie Squadron.

What made you decide to work in the medium of comics?
I’ve always been a writer and a storyteller. I’ve also had an interest in animation and visuals.  Eventually, I discovered I could tell stories visually through the comics medium, and I’ve been doing that for the last ten years or so.What part of the process is the most challenging or frustrating to you?
Always starting with a blank sheet of paper is rough.  Trying to figure out what the right layout is, or what the right camera angle is as you draw is tricky.  The key to overcoming it is to put something down.  Anything.  This is true of script or art.  A first draft’s only job is to exist.  If you could give one piece of advice to an aspiring comics creator, what would that be?
Never give up.  There are many external and internal forces that would stop a creator from working. Self-doubt, lack of family support, the difficulties of breaking into a saturated entertainment industry. There are many things that will make you want to quit, but don’t.  Ever.  Even if you have to put things on hiatus for a while, never give up on creating the things you love. Creation is the thing that sets us free.
More at www.julesrivera.com

At cons like NYCC you hear a lot of chatter about “breaking in” to comics. In this episode we get three different perspectives on the subject: from writer Kurtis Wiebe (http://kurtiswiebe.wordpress.com/), artist Rick Parker (http://rickparkercartoons.blogspot.com/) and colorist Jose Villarrubia (http://www.mica.edu/About_MICA/People/Faculty/Faculty_List_by_Last_Name/Jose_A_Villarrubia.html). Some great tips and valuable insights in this one! 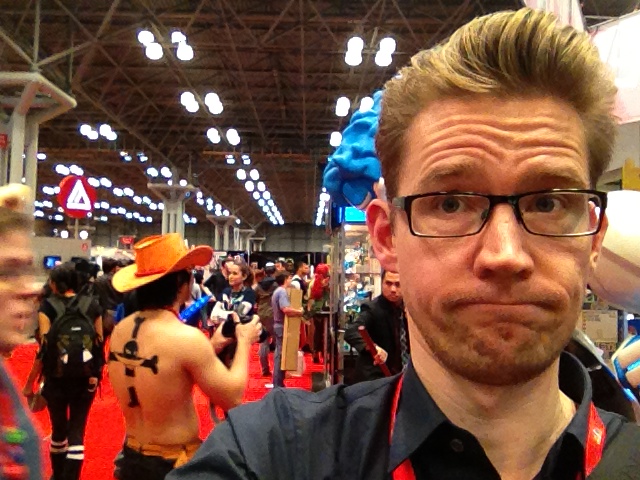