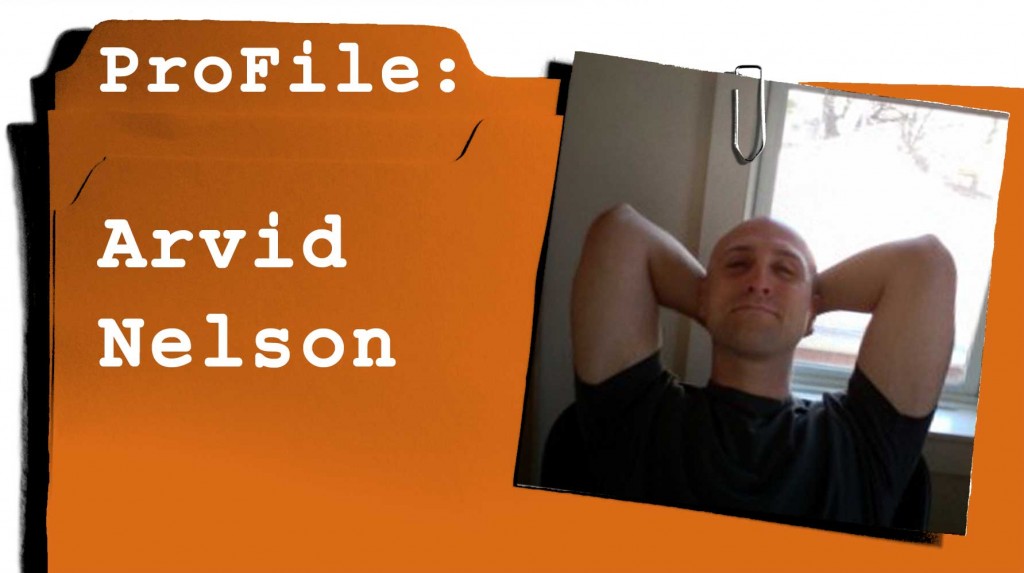 Arvid Nelson lives in Western Massachusetts with his loving wife, an angelic son, and a large television. He’s written for all the major publishers, he believes in the Oxford Comma, and his biggest claim to fame is Rex Mundi. Follow him at arvidland.com.

I worked on a couple of movies after college, and I quickly discovered film wasn’t for me. Movies involve a lot of logistics and fund-raising. The artistic process inevitably gets garbled. Comics seemed like a great “shortcut”, a great way to tell a big-budget story for practically no money. So I guess it was a cynical, calculated decision in some ways – I mean, I can’t say I have a burning passion for comics – but at the same time, it was in pursuit of telling the best stories I could, without making compromises.

Depending on other people! For instance, a key team member on one of my stories fell ill and stopped producing for a year. A year, Palle! He’s okay now, and that’s by far the most important thing, but it really hurt our momentum. Imagine waiting for a year in between episodes of The Wire or whatever. It breaks your heart.

Well, two things, and they’re related – persistence and forgiveness. By “forgiveness” I mean “forgive yourself for failure”. The more you forgive yourself, the more you’ll improve. And that leads to the other thing – persistence. You will pour your heart into a comic and then let it loose on the world with hope bubbling in your soul… only to be completely ignored. That’s okay. It happens to everyone, or, at least, I hope so, or I’m a total jerk. But if at first you don’t succeed, fail, fail again. Failure never gets any easier, but if you keep at it for a few years and then look back at where you started… you’ll say to yourself “Wow, I have really come a long way”.