I got a really good question in an email the other day. A subscriber in Nigeria (Hello, Africa!) asked me about conceptualizing: “How do you see each drawing before you actually put pen to paper?”

My gut response was: Well, it just pops into my head.

I realize that’s not very helpful – although it’s very close to the truth! The whole truth is of course more nuanced.

The reason why these images just pop into my head on a very intuitive level is because I’ve put them there. Not on purpose, not by design. But by watching a whole lotta stuff over the years. Comics, painting, movies, real life – all of the things I’ve seen with my eyes, my brain remembers. All right, maybe not ALL the things I’ve seen. But you get the idea. The more you look at images, the more likely you are able to remember and replicate an image.

But again that’s not the whole truth.

Drawing these images vastly improves your ability to remember and replicate them. The more life drawing, the more copying you do, the more images you solidify in your subconsciousness.

The images that pop into my head probably do so, because I’ve seen them or drawn them before. Not that exact image, but something similar.

The image the Nigerian subscriber mentioned as a reference was this one.: 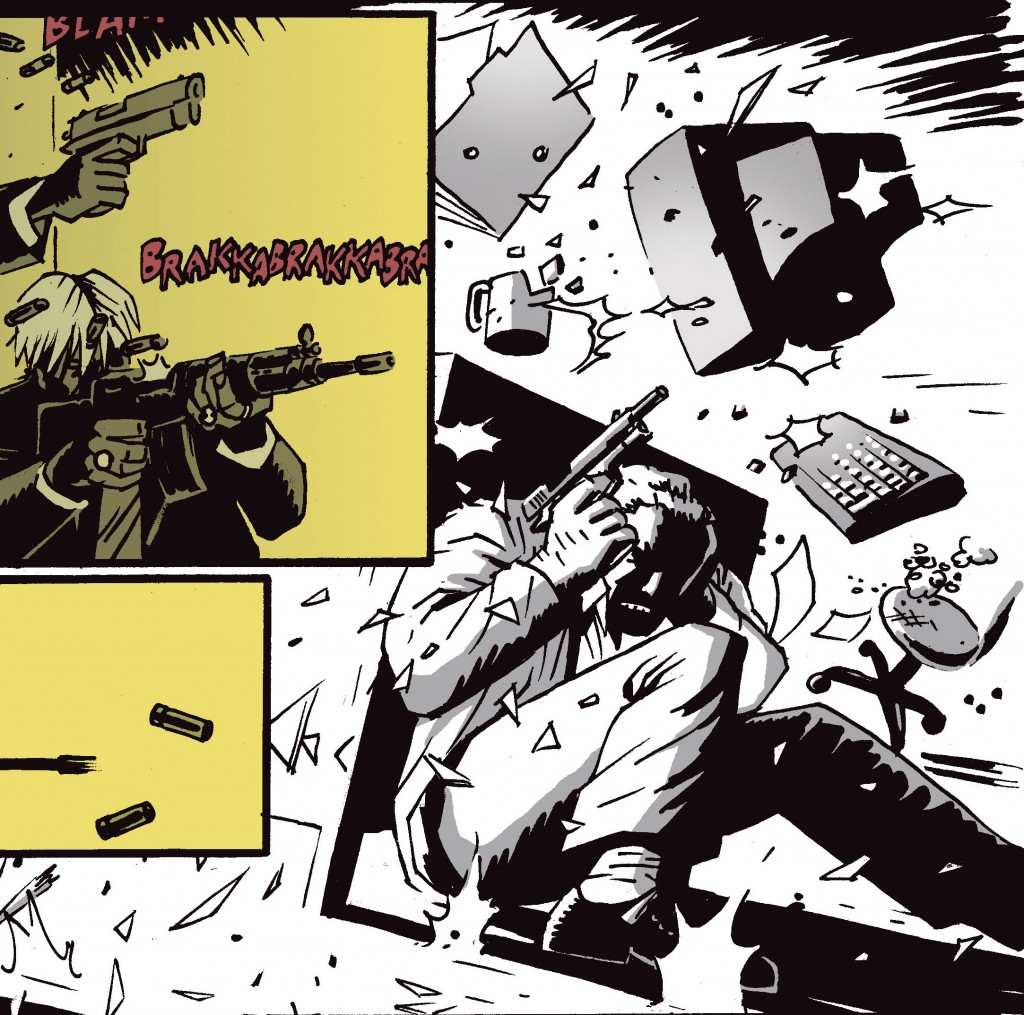 I can see why it looks seducingly easy, like I’m some comics genius. But I probably made half dozen versions of this image before landing on this one. At least in my head. That’s where the images usually come from, as I’m writing the script.

And you know that feeling of having an image inside your head and not being able to get it down on paper? Yeah, I get that too. But I’ve learned to ignore it. The image in my head washes away and is replaced with whatever is on the page, and that’s OK. It’s just one drawing out of hundreds, thousands. I get less attached the more I draw. I feel like that’s the secret to making comics in some weird way. Not caring so much for the individual image but caring about the flow of the story.