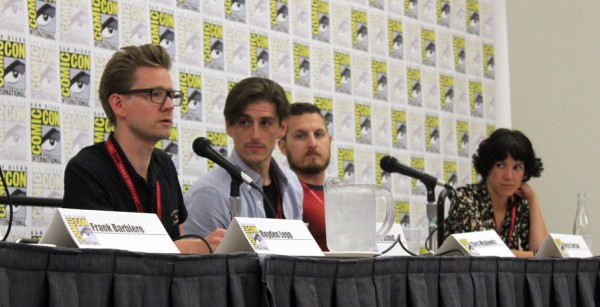 SDCC is so much more fun, when you have a book on the shelves!

My partner Chris Miskiewicz and I pitched Thomas Alsop to several publishers at SDCC 2013, and now only a year later, BOOM! Studios has published the two first issues of the series. Crazy times.

I got invited on two panels this year, both the Breaking Into Comics Right Now panel hosted by BOOM! and the Uniting the Worldwide #makecomics Community panel, hosted by my friends over at Making Comics (In case you missed the podcast interview they did with me, click here) starring Mark Waid, Jim Zub, Christy Blanch, Rachel Beck and Andy Schmidt. The talk was recorded and will probably go online soon.

I could tell you stories… But most of them are unrelated to the process of making comics, which is what this site is about. So I’ll just share a few quick things I learned:

The next few weeks I’ll be working out of Periscope Studios in Portland, Oregon, making new contacts and slow progress on the next issue of Thomas Alsop. Stay tuned…