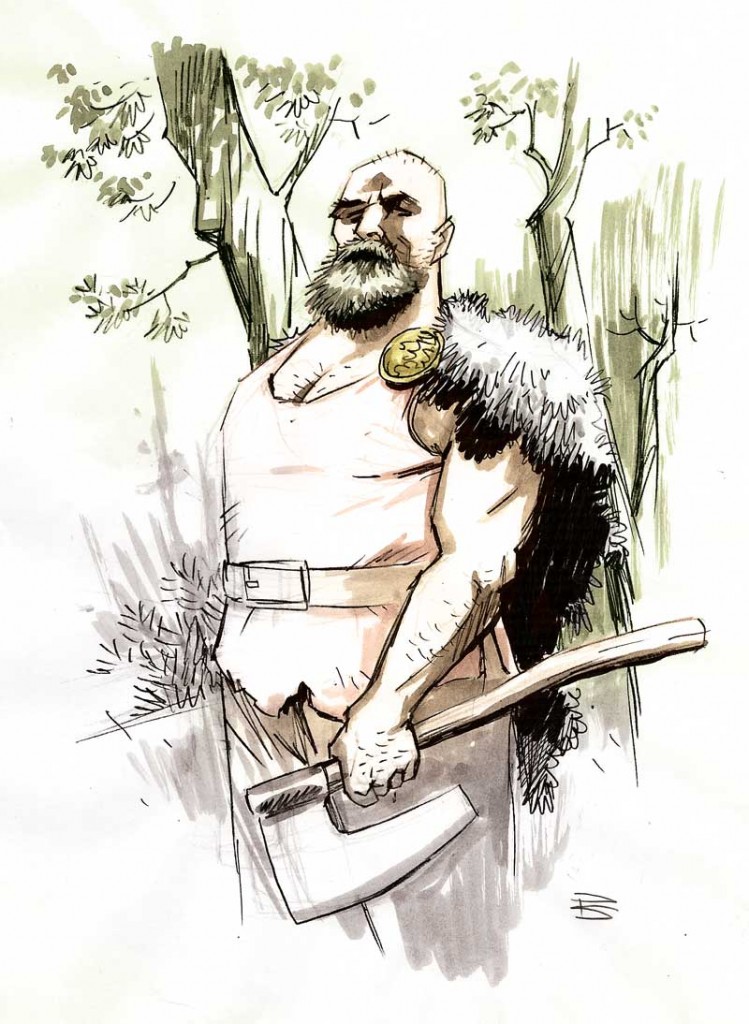 You know how important it is to draw every day, if you want to improve as an artist. But more importantly, you need to keep a forward momentum and draw the hard stuff.

A lot of artists share daily sketches on Twitter and Facebook. While that’s a perfectly valid thing to do, I see one common problem with most of these sketches – they are all very good! The problem here is that the artist has sat down with a blank piece of paper and drew whatever he felt like, whatever image he had in his mind.

Let’s imagine you were to do the same. Wonder what image would pop up?

What DID make me better, was being forced to draw stuff I didn’t already know how to draw, the “boring” stuff like flowers in a vase, and the hard stuff, like a street full of houses and cars and trees and people .

Unless you push yourself and draw from life, study and copy from photo reference and other artwork, you’ll only be maintaining your drawing muscle, not improving it. When it’s really hard and frustrating – THAT’S when you’re on your way to getting better.

Imagination is overrated. You need input to produce output – even original, fresh and innovative output!

Sketching daily only works if you push yourself to draw the stuff you can’t.