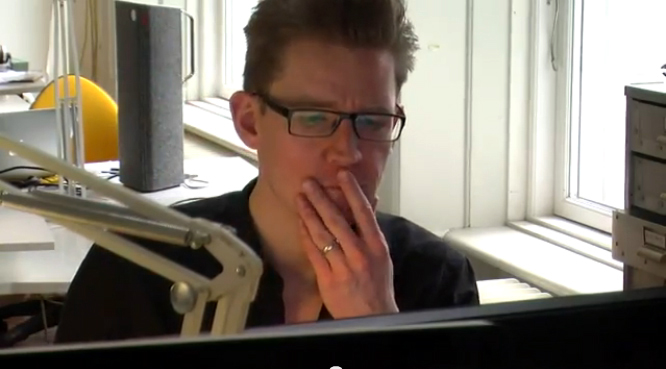 Perhaps you’ve already seen the video on how to write a comics script, but I wrote up a article that sums up some of the major points and adds some new ones.

I’ve been teaching a class in comics storytelling this week at The Animation Workshop in Viborg. Something that really struck me, was how many of the students struggled with writing a script for their comic. All of them very talented artists, it was relatively new to them to work in script format – but I think it really helped them in the next step (thumbnailing and sketching) that we focused on during this week’s classes.

Writing a script BEFORE you start drawing, is one of the key messages in my tutorials. You can pick up almost any book on making comics, and they will skip right over that first and vital step, going directly in to how-to-draw. It’s like the lower rungs of the ladder are missing! Hopefully people are starting to understand the need for a strong story, rather than just characters in colorful costumes beating each other up!

Anyway, this was just to put it in some sort of context. Hopefully the article gives you some new tips and tricks or can serve as a reminder. You can find the article on how to write comics here.